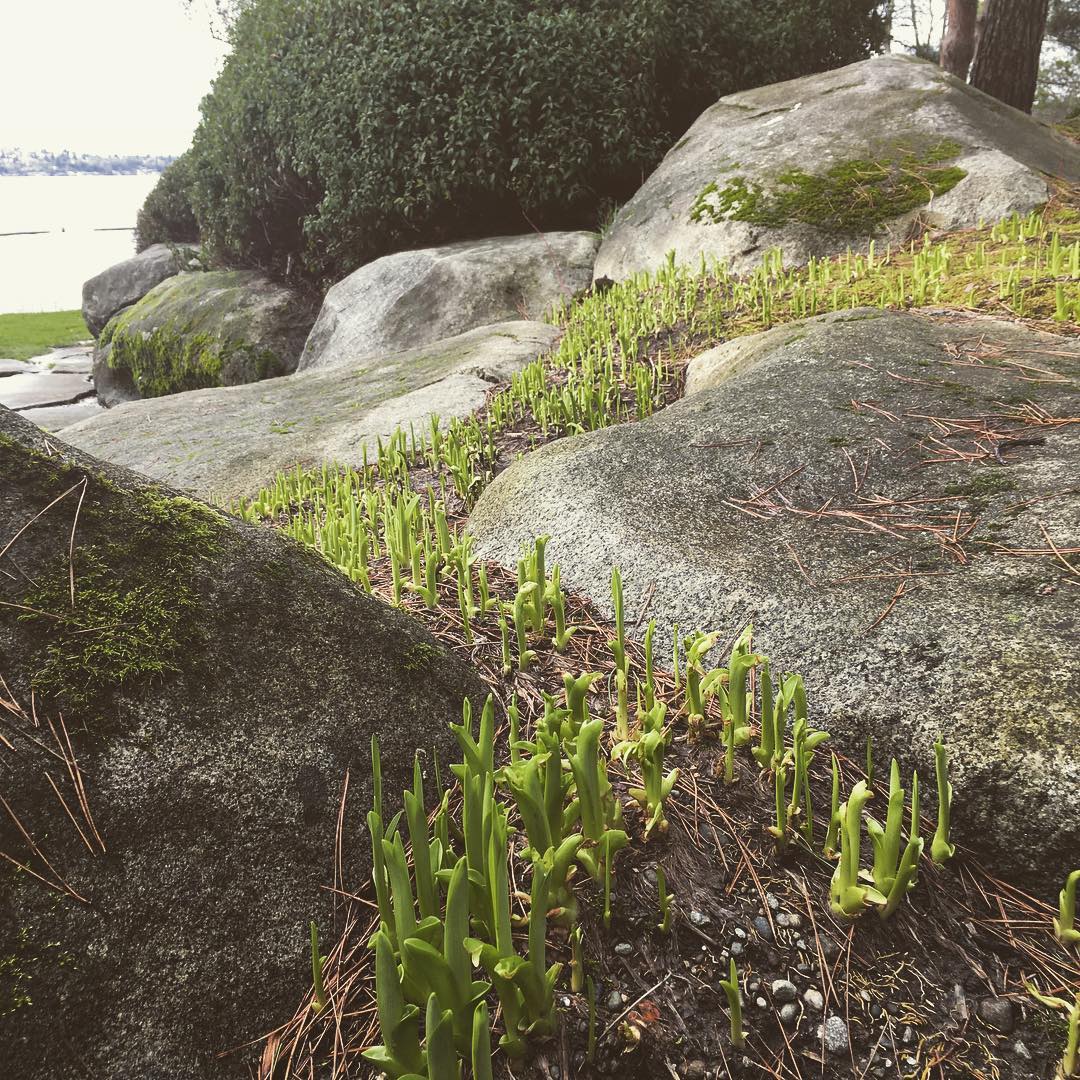 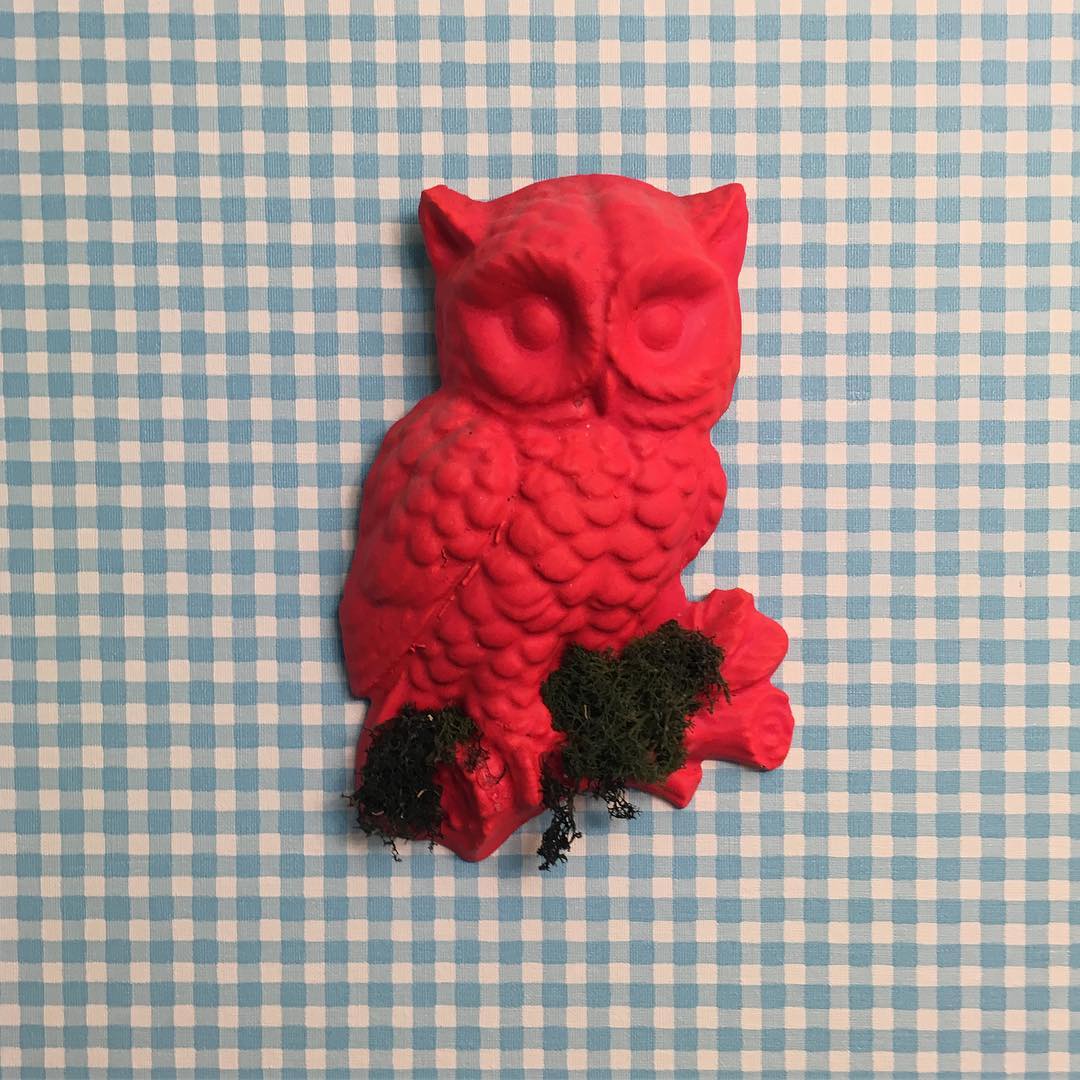 Sad news of Grant Hart’s passing today. How many shows have truly changed your life?

On June 15, 1984 I was fourteen years old. G.S. Vig’s was a local dive where a Mexican restaurant used to be, the one eclectic indie venue in town. A friend’s older brother worked there, and let a few of us skater kids in the back door after making us promise not to try to buy from the bar. The room had to be all of 25 feet across and the guitars were clear and great and insanely loud. I was oblivious to the prospect of ear damage or any kind of damage, really, but even so, I had wads of toilet paper in because by the speakers it just fucking hurt. I remember the red, beer-soaked carpet, probably because I was looking at my feet a lot, staying in the corners, feeling sneaky and lucky to be there.

They played their cover of the Byrds’ “Eight Miles High.” Hardcore wasn’t supposed to take dreamy psychedelia on board, according to the script, but they embraced it generously, without irony, a move so far ahead of the times and opening wide to a decade of shoegaze vistas. That music could be powerful and beautiful and good-hearted all at once was a revelation, an experience I kept chasing and still do. Thanks Grant Hart, rest in power chords eternal.

What’s more satisfying than a lot of new, uncluttered, horizontal space? I just finished up this project, part of the infrastructure for making new Soundplanes. Whoops, clutter is forming already.

Each bench is made up of two long pieces of fir butcher block, about 2″ by 12″ by 8′, bought from Earthwise here in Seattle. Earthwise is just a few blocks from the bigger Second Use, and both are great places to find salvaged building materials, always worth checking out before buying something new.

The cabinets underneath are surplus dormitory dressers from UW Surplus. They were an amazing deal for the amount of storage space they offer, $20 each I think. Always check UW Surplus.

The fir butcher block came into my hands pretty raw and fuzzy with lots of big planer skips and other marks. One pair of pieces had around an 1/8″ curve across the whole length, which I took out by hand with a jack plane. The process for taking off lots of material is to go diagonally, first one way then the other in an X, and check progress with a straight edge every so often. Around two hours of work got both boards nicely flat, and my arms nicely tired.

Then I used the smoothing plane for a very satisfying smoothing pass.

Following the smoothing, I used SculpWood epoxy to fill the holes and fix in place some of the bigger flakes that threatened to turn into splinters someday. I’m satisfied with the way the SculpWood worked, though the oatmeal color is not super appealing. I might experiment and see if it can be tinted black somehow. I also glued down some flakes with a CA superglue where that made more sense.

A handheld belt sander with an 80 grit belt was the best tool I found for knocking things down flat after the epoxy.

Then three coats of Satin finish Varathane water-based polyurethane got the benches into the finished state shown above: a first coat on both sides of the board, sanded to 120 grit on top, another coat sanded to 220, and a final coat just left to dry. The Varathane dries in two hours at around 70 degrees just as claimed, has no objectionable solvent odor, smelling if anything kind of like Elmer’s glue, and the matte finish is nice to the touch. I like this product. 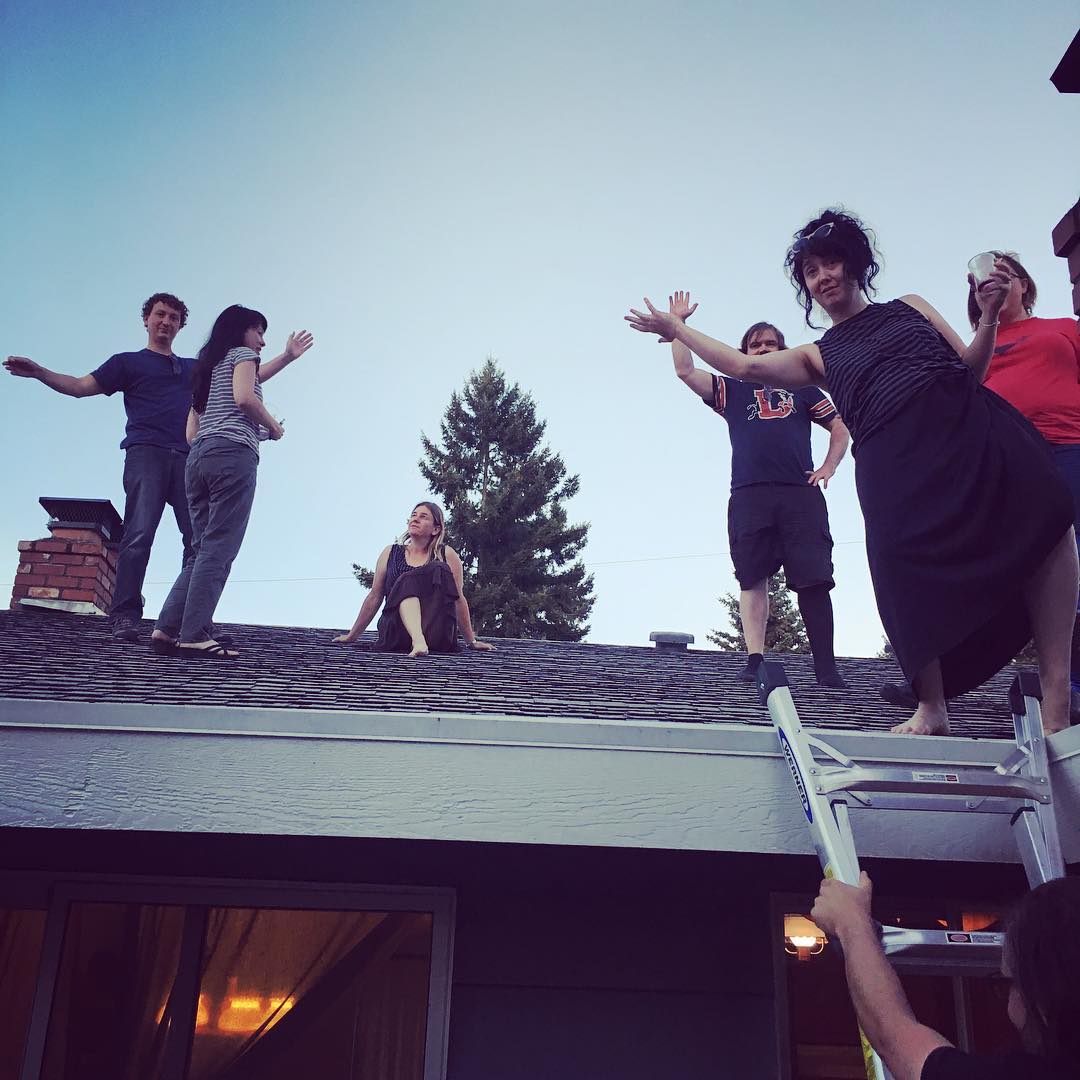 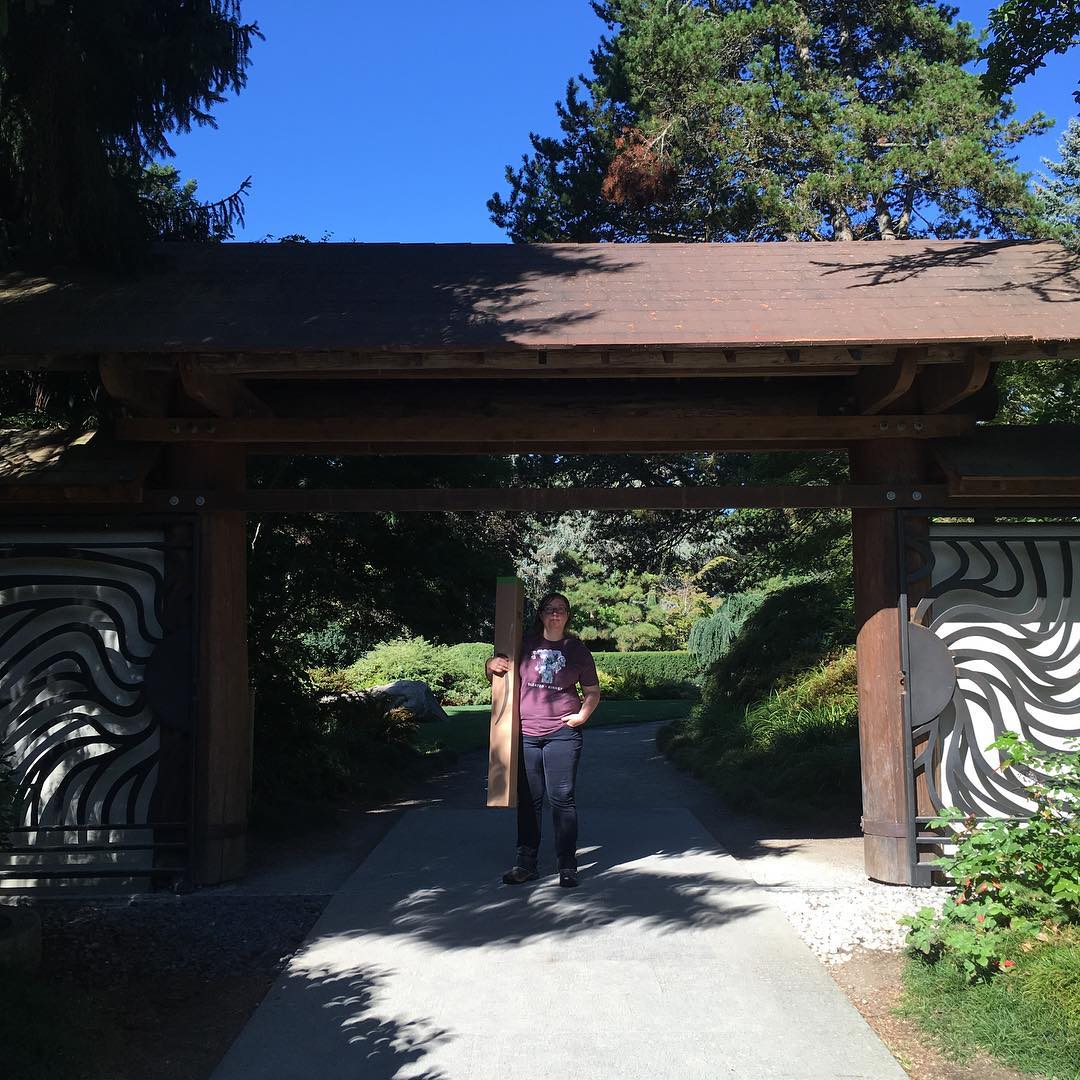 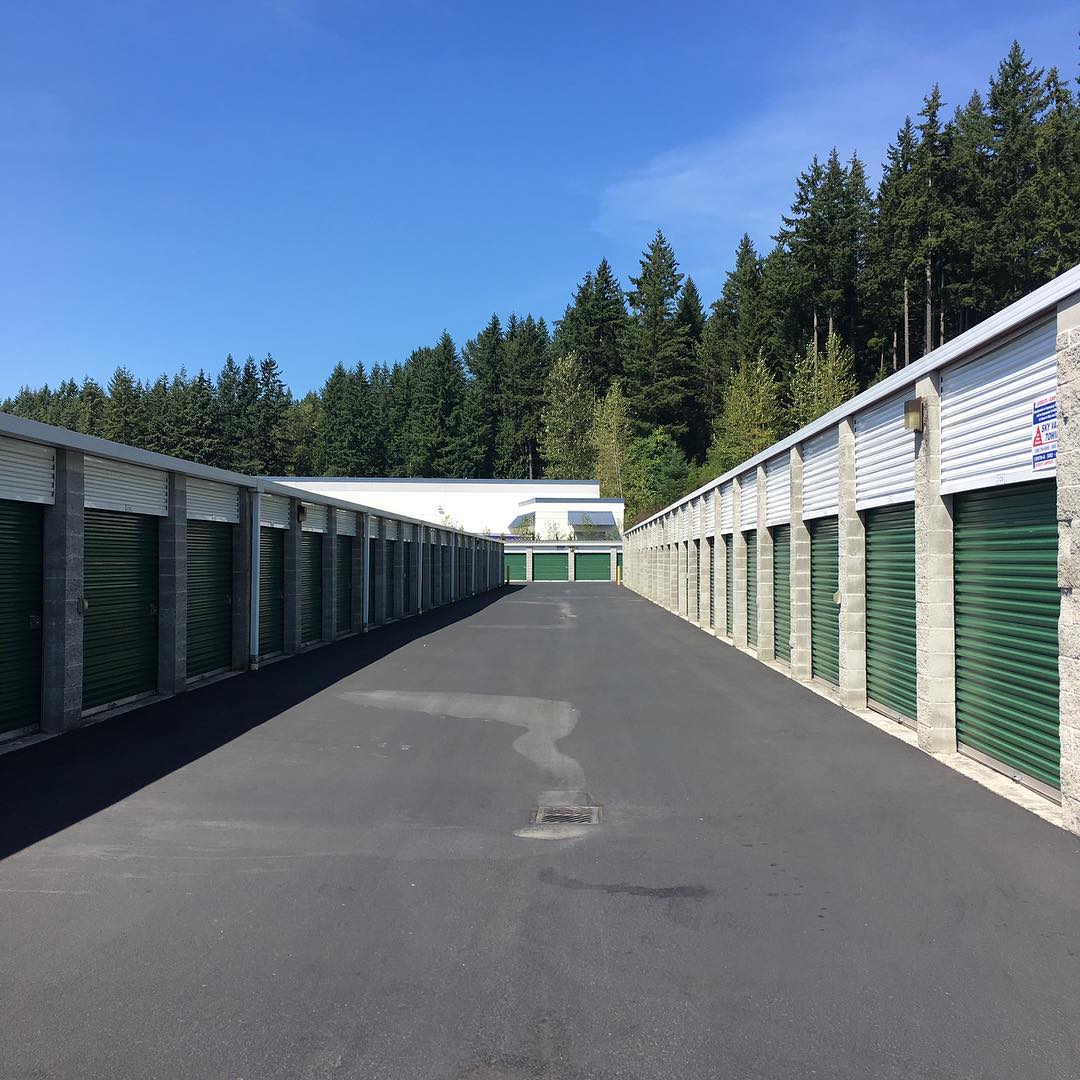 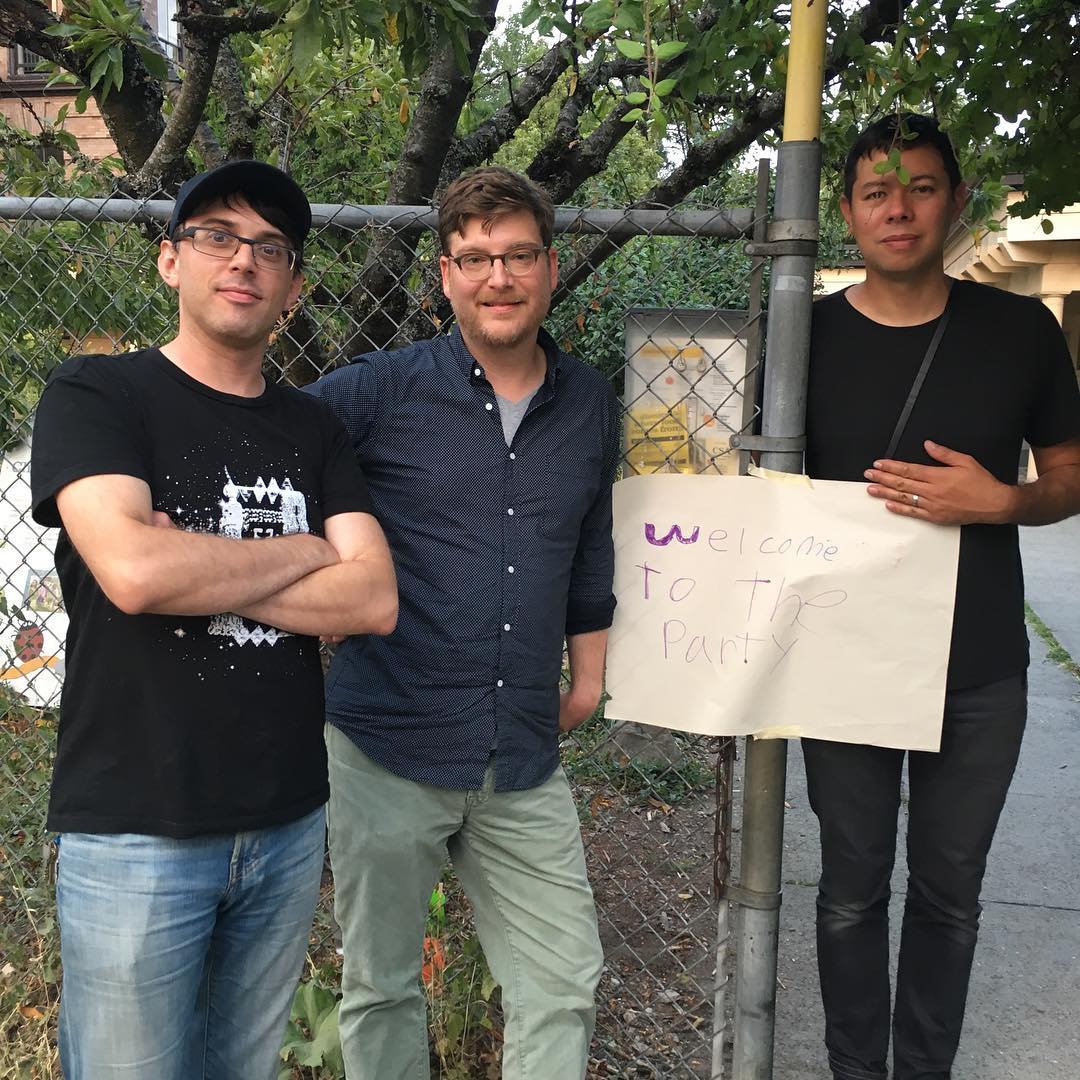 I replaced the single clothes rail and shelf in our bedroom closet with a bunch of moveable rails on French cleats. It almost doubles the available space for hanging, and lets us change the setup easily if we end up with different stuff or just need a change.

The real challenge in designing these brackets was to find a balance between having a shape I liked and being strong enough. The Earth pulls the heavy clothes down, and that force all goes into trying to pull the cleats off the wall using the bracket as a lever. If I had made the brackets longer vertically, they would be stronger but not as nice visually. They remind me a little of bike frames, which makes me happy every morning because bike frames are great.

How to estimate if some design like this will be OK? Mostly intuition and a little bit of loose physics. What holds the brackets to the wall? Screws and some Liquid Nails, and the integrity of the wood in the cleats themselves. How much does a full rail of clothes weigh? Maybe 50 pounds. How much does the bracket help the Earth’s gravity help the clothes to pull the closet apart? Well, the diagonal struts are about twice as long as the ones in the back, and since the whole thing pivots on the lowest points, the force from clothes to cleats is multiplied by around two, to maybe a hundred pounds. So, asking if the brackets are OK is like asking, could I mount the cleats on the ceiling the same way and hang a hundred pounds off them with some initial bounce as things are put there (dynamic loading)? Sure, I’m confident about that. Did I try it? No. So while the whole enterprise is still built on the shaky foundation of my intuition about building materials, a little reasoning at least moved the question to a domain from one where I had no intuition to one where I had some.

I’m pretty happy about French cleats in general right now. I learned a couple of things I’ll do differently next time I make some. One is: check the thickness of your supposedly 3/4″ brackets versus your supposedly 3/4″ cleats, and plane them to match if needed. These are both softwoods, but from different sources, and the cleats are about 1/16″ thicker. This makes the friction connection less secure, because the back wall is not involved. I’ll probably replace the cleats… but not this year.

Another thing learned is: splurge on some nicer wood for the cleats. They have to be straight and free of twist. I spent a long time picking out the best pieces of pine from a big box store bin and couldn’t really get anything satisfying. I’d go straight to a good lumberyard and look for better quality wood, possibly hemlock, probably hardwood, next time. The brackets holding the rails are 1×3 clear fir from Compton Lumber. They are a no-nonsense lumberyard catering to the builder that I can recommend if you’re in Seattle. 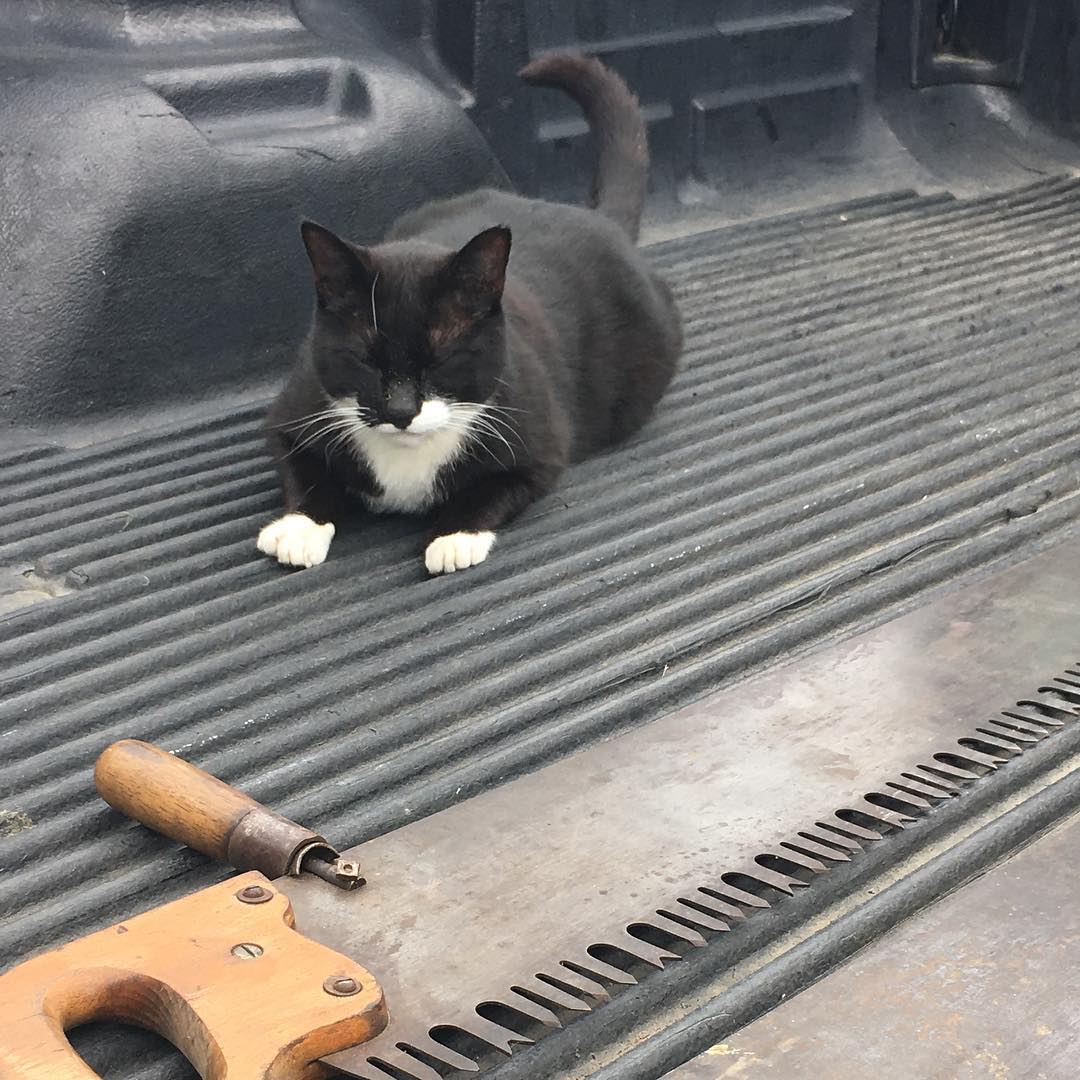